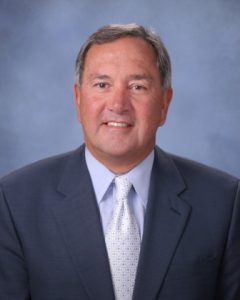 Following graduation from Michigan State University, he attended Detroit College of Law and received his Juris Doctor in January of 1973.

Following graduation, Steve was hired as an assistant prosecuting attorney in Allegan County, Michigan from April of 1973 through June of 1975.

In 1975, he commenced the partnership of Burnett & Kastran with James Burnett located at 313 Hubbard Street, Allegan, Michigan.

Steve has been a member of the State Bar of Michigan from 1973 to the present time.

He was elected as a City Councilman of Allegan and also served as Mayor Pro Tem.

Steve was licensed to practice law in the State of Michigan on June 4, 1973.

He was admitted to practice before the Federal Bar, Western District of Michigan on August 14, 1975.

Steve was appointed a Special Investigator by the State of Michigan Grievance Commission on October 14, 1987.

He represents several closely held corporations and is involved in forming limited liability companies and corporations.